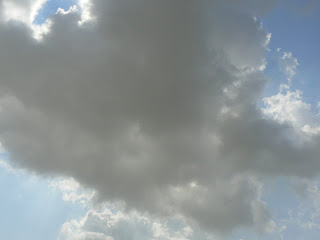 Have just returned from trip to Bahrain and Qatar. In the latter I glimpsed the new Islamic Museum standing magnificent alongside the Doha creek. Business district on one side and tasteful low level buldings on the other. Very impressive from a passing taxi, though couldn't decide if it looked like random breeze blocks, or a modernist thing of beauty as befits its concept. Never got the chance to check out the opening for the plebs, due to meetings, meetings meetings. However found my way to Education City, which somewhat puts Dubai's knowledge village and its companion free zone in the shade. For one thing the partner educational institutions in Qatar appear to be of a higher order, seeing this as a frontline commitment not just a business adjunct, and are regulated with quotas for nationals. How they secure them with a similar demographic in Qatar to Dubai, my lord and saviour alone knows.

Back in Bahrain one year on I feel relieved. Breathe the air of overt politics even if the parliament is akin to the theatre that causes apparent political crises in the mother of all Gulf parliaments, Kuwait. Haven't been back to that former people's republic for more than 2 years.......

Bahrain takes me to the seemier side of town, as befits Deira Diary...the Adhari is, despite its oifficial claims, a two star with a fine selection of music venues (see Hotel California, Deira) and a bar that begs to be explored. Dark space, friendly women, and blasting dinosaur rock. Breakfast even tastes like pork products. Served up in another dark and dingy bar, I take a black plastic table top at 730 am and check out the other clientele: A drunk Saudi who appeared not to have graced his bed last night and who was nursing a fresh beer. He talked to met in Arabic about my breakfast. I wished him a happy Eid before promptly indicating that my conversational skills in French are worse than those in Arabic so he should get back to his beer.

Bahrain is gearing up for its national day, having reached the giddy heights of independence a few days after the UAE. Flags were on display but it looked like being a calmer affair than back home. I even saw an Emirati flag atop a 4x4 in Manama. Old Najdi family alliances of course. Bahrain will not see the same frenzy that is these days taking over the UAE streets on December 2. For one thing, despite its sectarian problems, Bahrain's majority national population are all full nationals with an equal right to vote and stand for an assembly that, although toothless, can embarrass senior people and question alleged corruption and planning absurdities. How much better it is in the UAE where they restrict full nationality to only a proportion of the "nationals" and the government votes in the electors? Reminds me of Bertold Brecht's quip about the ruling East German Workers' Party (SED) despairing of the proletariat. Perhaps you could vote for a new one, he suggested.

Qatar for its part has an arguable 2/3 of its passport holders without full nationality, keeping out the so-called Persians and errant tribes. It though now has two national days, one, newly conceived, is imminent in memory of Jassim, the "enabling" ruler who aligned with Britain having fought off the Turks. What a sensible chap.

Came back to Sharj to find that I had missed National Day and the rain, darn.
Posted by Neil Partrick at 7:21 AM