Cheesecloth rock in the New Year in the Stow

Cheesecloth are an East London/Essex band who specialise in highly competent covers of mildly obscure ‘70s songs. Fans of the band helped to fill out the Ye Olde Rose n’ Crown pub in Walthamstow this New Year’s Eve. However many of the revellers turned up before tickets were required for entry and were plainly content to just drink, regardless of what was going down on stage. 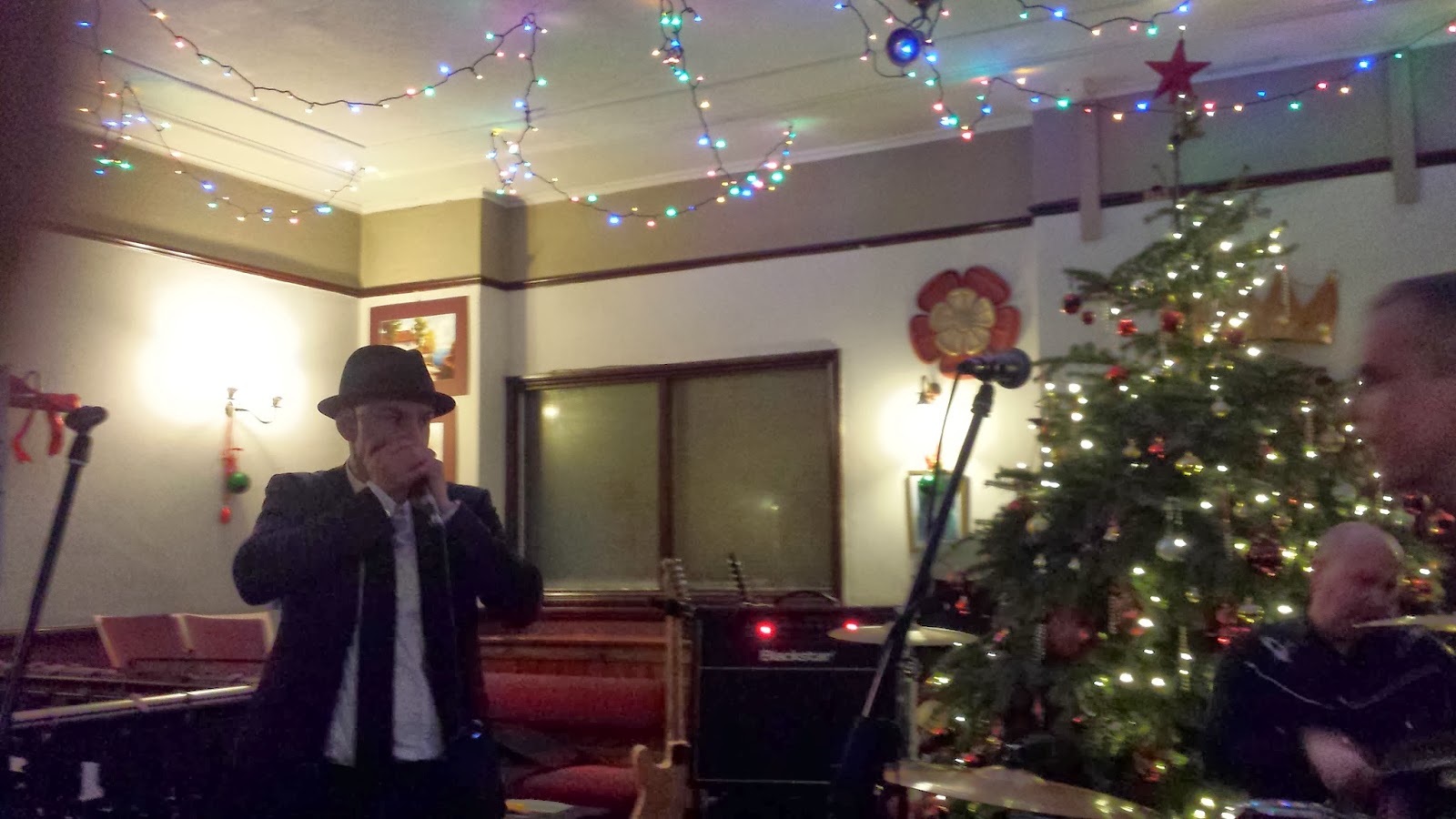 This band of middle aged males and a young female keyboardist are passionate and engaged, and some of the songs they covered were bold if not borderline ambitious. Bowie’s “Drive in Saturday” was a notably entry in the latter category. Even that did not faze them. More typical pub rock fodder were their faithful versions of the Stones’ “Dead Flowers”, McGuiness Flint’s “When I’m Dead and Gone” and Ronnie Lane’s “How Come?”

The problem, at least for those who lacked the dedication of those, like me, who were dancing down the front, was that many of the numbers required a minimum age of at least 50, and a functioning memory, to mean very much. That, the fact that some of the songs are relatively laid-back, and the understandable desire of many to just booze on an occasion traditionally dedicated to the same, meant that, however hard Cheesecloth worked, they were often, inevitably perhaps, falling on deaf ears. However, as the pace and revelry built up toward midnight, the number of those dancing steadily increased. After the cheers for the New Year rang out, and the band took another well-earned break, “Saturday Night’s Alright for Fighting” was played over the PA. It’s never sounded so good…(hic)….

Consisting, on New Year's Eve at least, of Ian on lead vocals and guitar, Danny (bass), Holly (keyboards), Pete (drums), John (guitar), and Huw (harmonica), Cheesecloth are well worth checking out if this kind of music and pubs in the East and North East London area are your bag. Their manager, and such was the enthusiasm down the front, bouncer, is Ian Blowes. In the latter capacity he was working pretty hard, so much that he performed the only on-stage wardrobe change of the night. 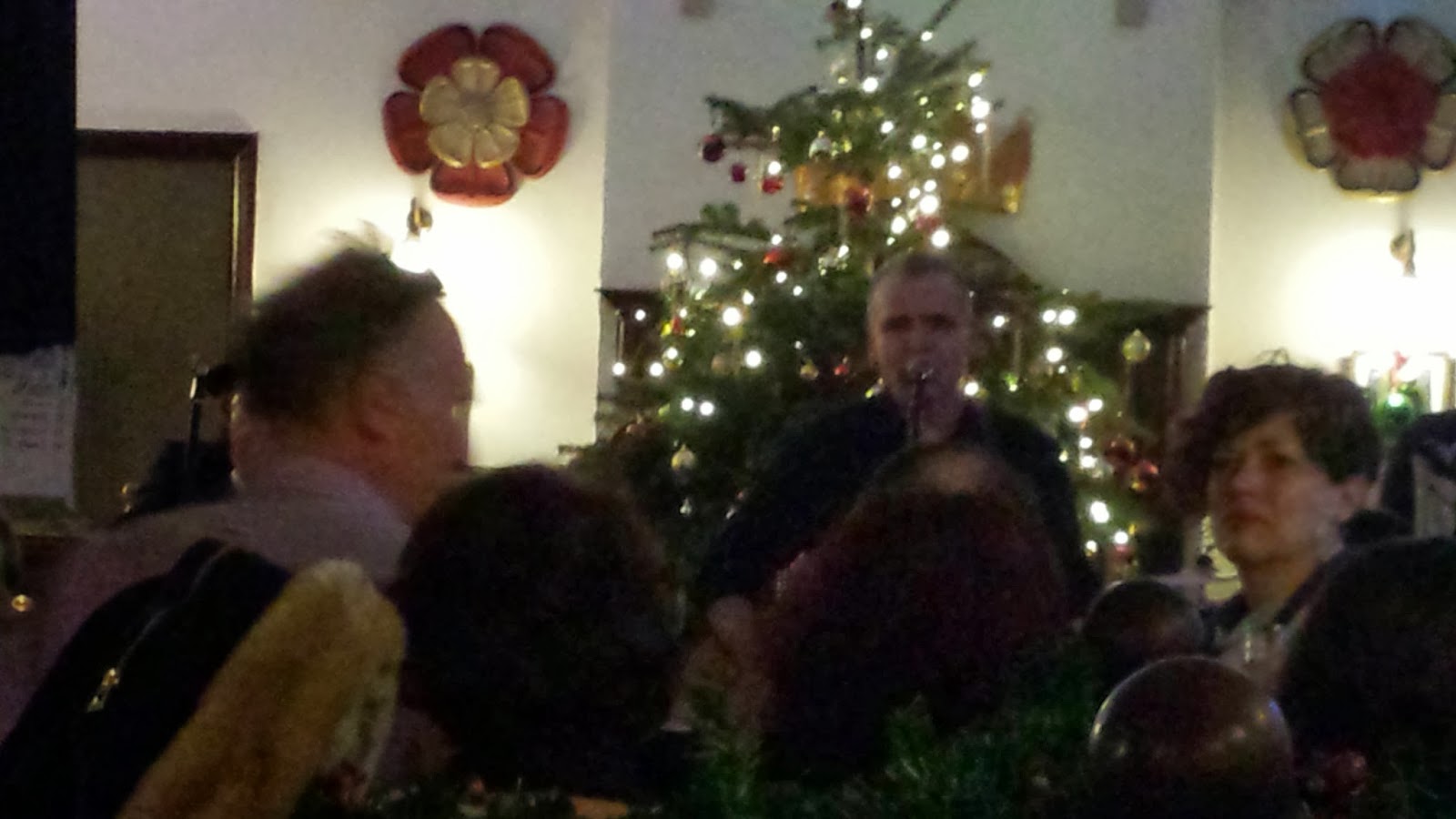 If I have any criticism it is the of the band’s name, which used to make me imagine that they do covers of Brotherhood of Man songs. However it’s memorable and they’ve had it for a while, so, like their material, why bother changing a good thing?
Posted by Neil Partrick at 8:58 PM