Truckstop Cowboys at the Ex-Servicemen's Club 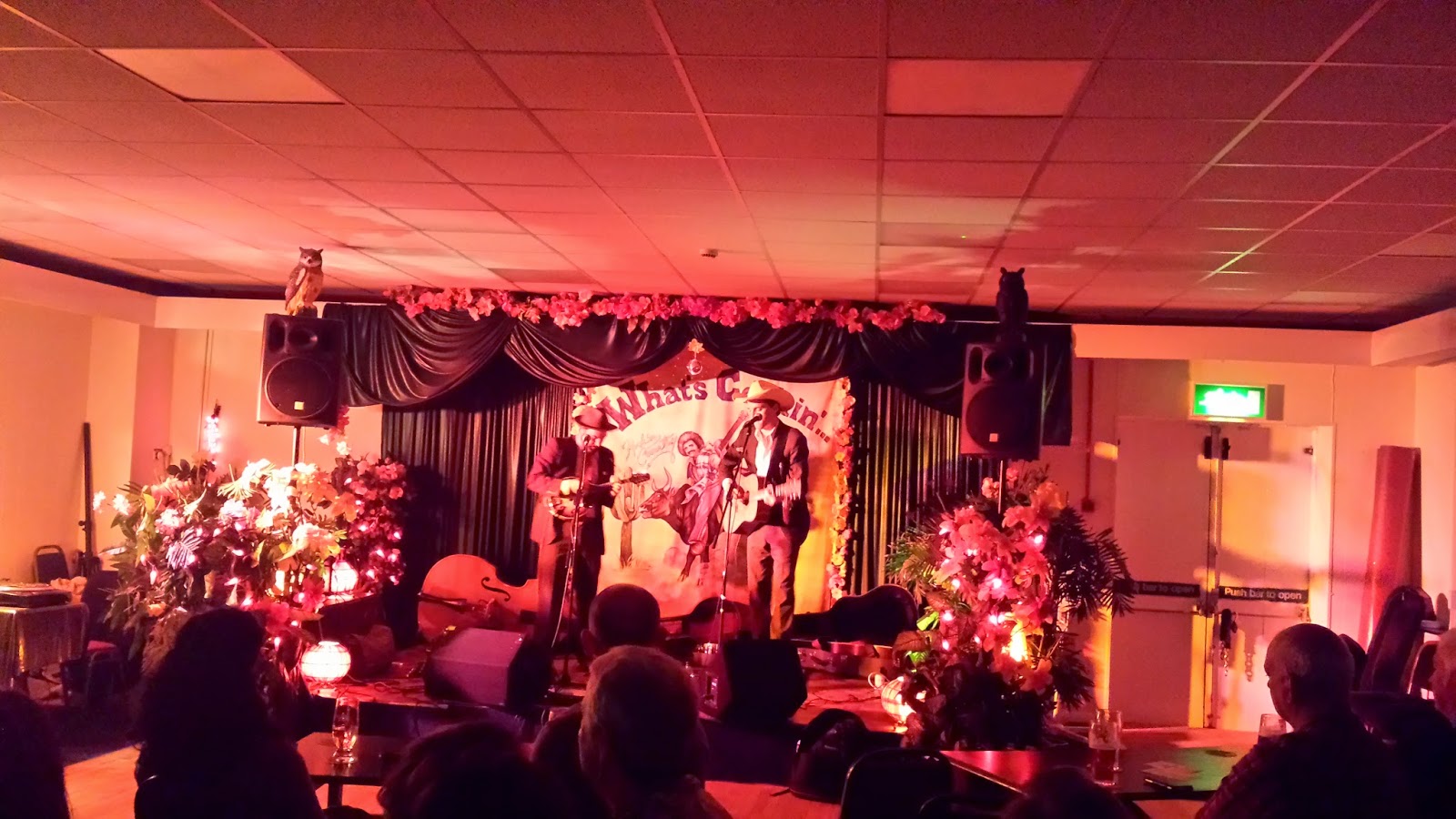 Don Gallardo and Stuart Bond opened What’s Cookin’ on July 9. It was my 50th birthday. A prime seat in the middle of a large room with a stage at one end and a bar at the other, what was there not to like? The stage was bathed in bordello pink and bedecked with what looked like old illuminated plastic Christmas trees. Polystyrene tiles topped off the ceiling. It was my kind of place.

The venue was upstairs at The Leytonstone Ex-Servicemen’s Club in East London. The gig was part of What’s Cookin’, a bi-weekly showcase of acts often labouring under the moniker “Americana”. It often means country, but not necessarily. At What’s Cookin’ it could equally mean swamp boogie or rock ‘n soul. To be fair, the organisers don’t call it Americana. It’s one of those annoying, catch-all, meaningless labels, just like “World Music”. (Have you ever heard a World Music dj play The Beatles or Bob Marley? Yet they were truly global acts whose songs reflected their (and others’) “roots”.) 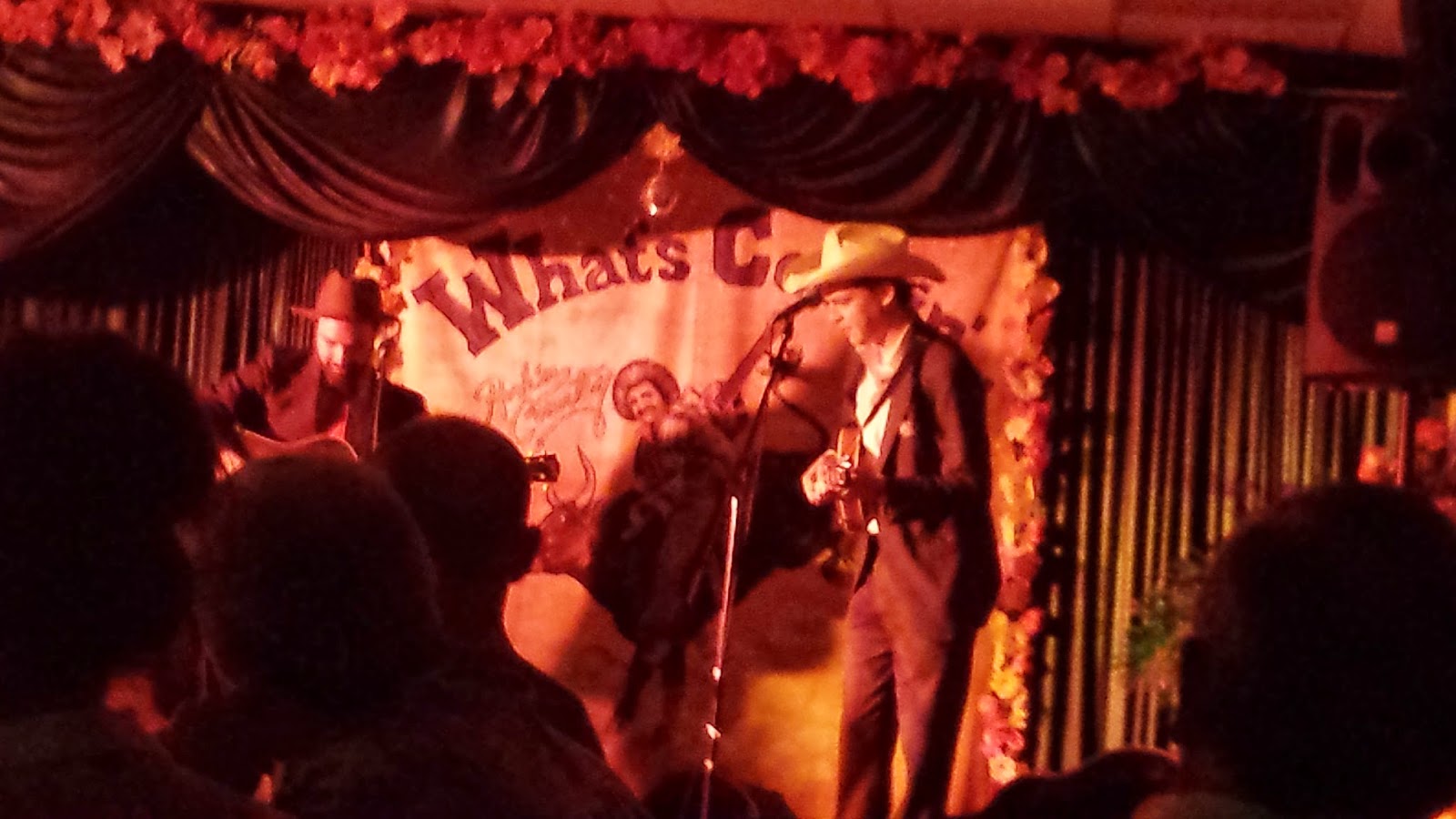 Don, and his sidekick for this particular gig Stuart, were strong-voiced, emotionally engaging and played well. This was country straight out of Nashville, minus the western; although they were sporting 10 gallon hats. I was seriously impressed, with the music and the hats.

After a suitable break for more liquid refreshment - the birthday pints were piling up - a married Kansas-based duo, Truckstop Honeymoon, took to the stage. Originally from New Orleans, when Hurricane Katrina hit they relocated. At first the skinny, hippy-haired, dude on banjo and his bespectacled double bass-playing wife didn’t lift the audience like the previous act. But then, somehow, his spoken routine, and the quality of their performance, made me and assorted other revelers warm to them….a lot. 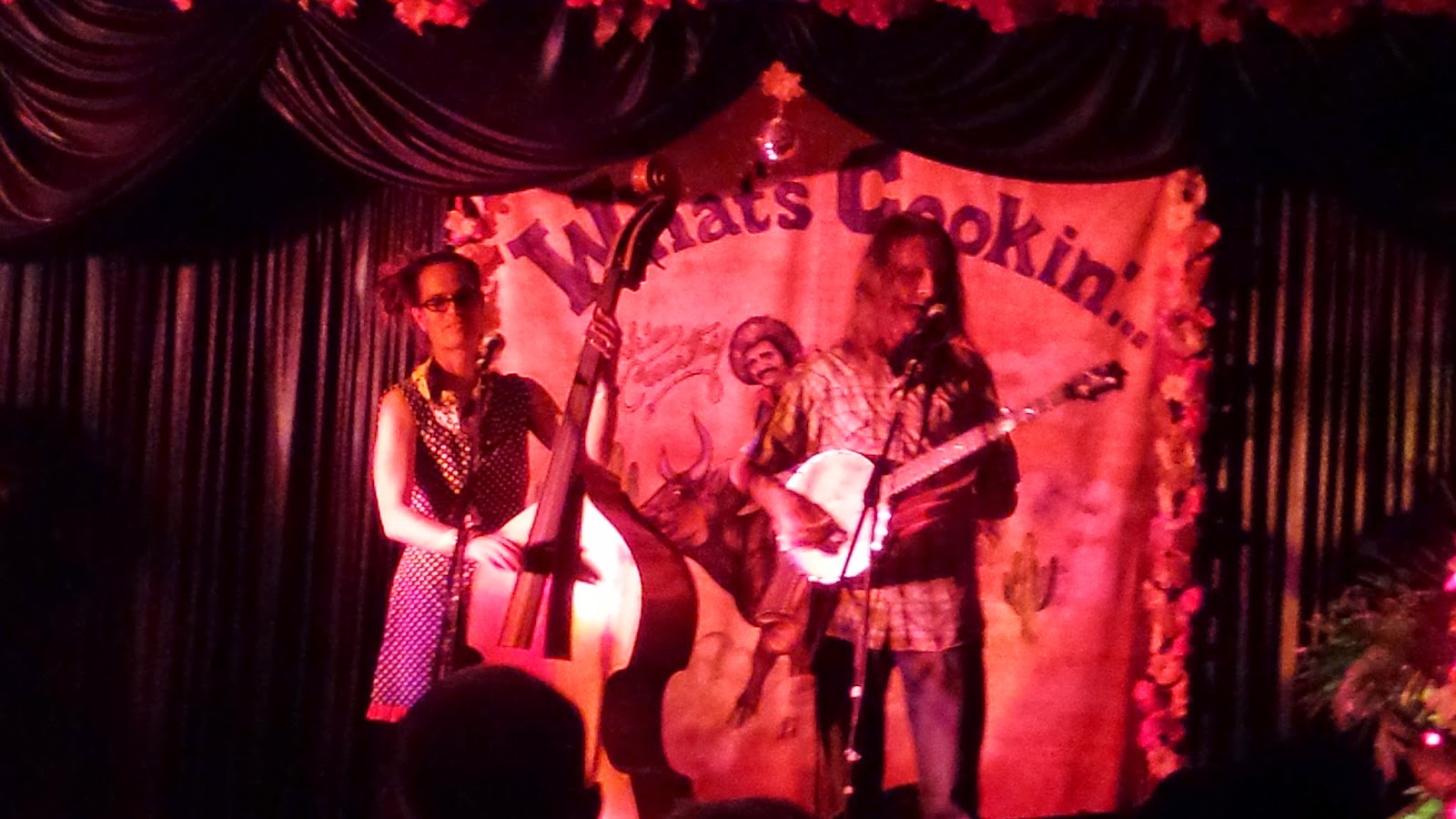 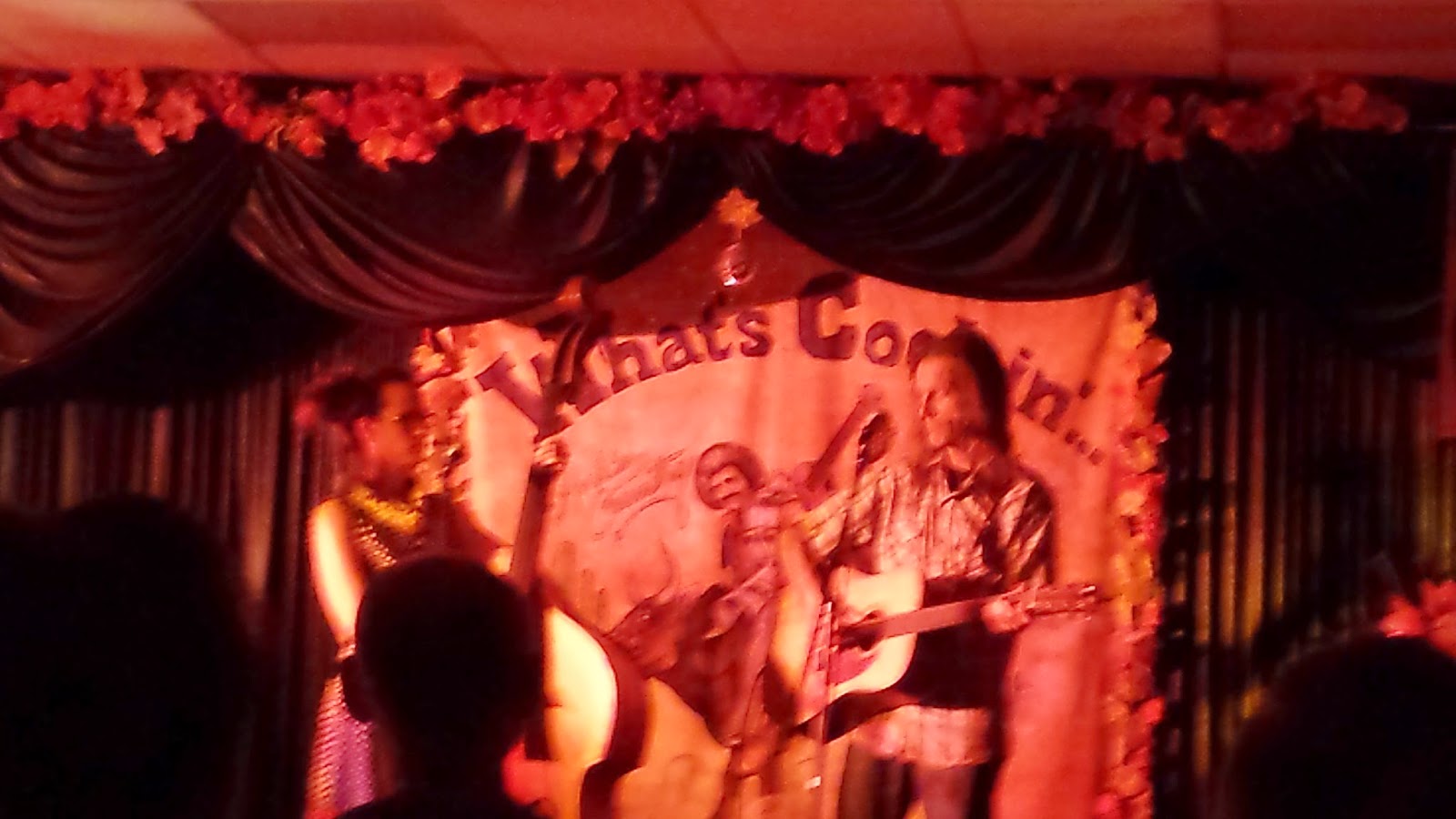 Perhaps these gigs are hard to judge objectively. They take place in a bar and there is no price of admittance (although a bucket is, rightly, passed around).

This though was my fourth outing to a What’s Cookin’ event. I have not yet been disappointed with the quality of the North American or North American-style acts that Stephen Ferguson, the organiser, attracts.


This Sunday (20 July) from midday he’ll be showcasing a whole day of it in Henry Reynolds Gardens as part of the Leytonstone Festival. I’ll be there.

Posted by Neil Partrick at 1:14 PM

It was great. The combination of venue, brilliant musicians and a committed audience brings you closer to the southern states than anywhere else in London. Keep up the good work what's cookin'!!!

Superb, sounds like a great series and a good night out.

Not a fan of country and western music mainly because my mum used to love it and was subjected to it all the time when growing up. Only vaguely country I listen to is Johnny Cash andno one who likes music can't like him. However, caught the end of Don Gallardo and thought they were excellent - would definately see them again.

Got into rockabiliy via 80's pychobilly and think Truckstop Cowboys had rockabilly elements at times which I liked. They were great too but I didn't get into the music as much as the first act. Perhaps would have to listen to them more but enjoyed the patter and fascinating anecdotes about New Orleans life. Did feel at times that I was in some sort of Southern Gothic movie and might find myself tied up in a boot of a pick up truck being driven to a isolated motel - but that's probably my overactive imagination!

As for venue - thought it was great. Some good workingmen's clubs and small East End pubs putting on great live music for just a donation or a couple of quid - so you can't go wrong and might just discover something new that you never thought you would like.

Definately up for going to What's Cookin' again.

Loved your comments Shazza. And yours messrs Lush n Buggles

I had reservations about going to this, fearing it may be Country and Western not a genre of music I'm fond of. However, my fears were unfounded as both duos were on the Country Folk road and delivered sets of warmth and wit all evening. If you can catch either of these duos somewhere please do. They are very very good. Once again happy birthday Neil.

Many thanks too to Pete for all his good wishes and for his wise words on the gig and the experience in general.

I should add that the Thai on the other end of the High Road (close-ish to Leytonstone High Rd Overland station)is brilliant. very small, simple, and excellent food. Good for a meet up with a couple of people or so...BYOB

Chuffed everyone enjoyed their evening out! Lots of great stuff coming up...and we do way way more than just country!