The White Light White Heat of The Oysterband & June Tabor 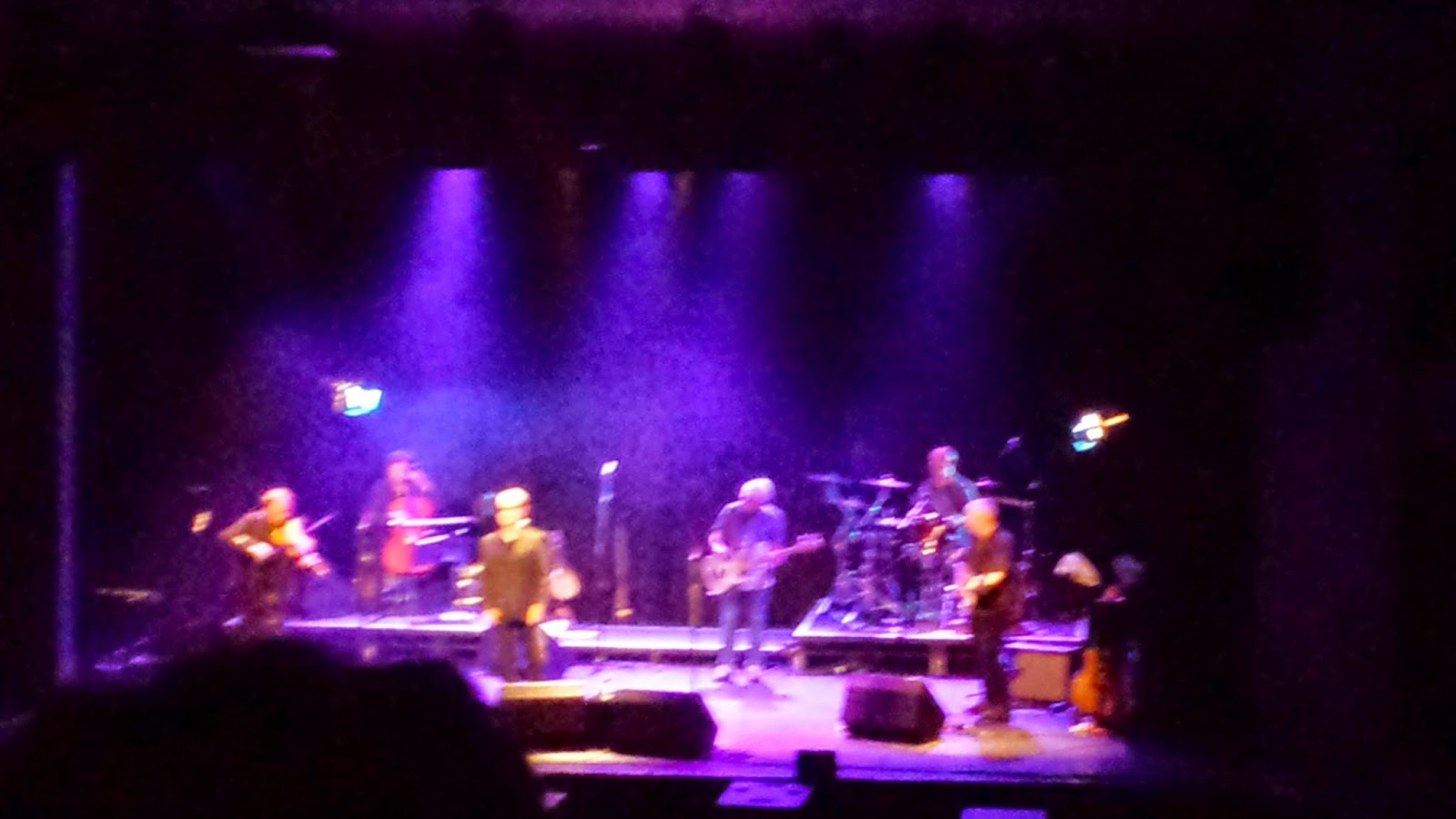 I don’t know if folk-grunge is a musical sub-genre, but on hearing The Oyster Band interpret “The Bells of Rhymney” at the De La Warr Pavilion in Bexhill, Sussex on Saturday night, I am thinking it should be. Apparently John Jones and the rest of the Oysters are happy to be termed folk-rock (perhaps in a knowing kinda fashion). However this was more the Fairports circa “A Sailor’s Life” (from ‘UnHalfBricking’), and with knobs on. If only The Oyster Band/June Tabor cover of the Velvet Underground’s “All Tomorrow’s Parties”, with June as Nico, had rocked like this. On that number you got the feeling that the boys wanted to rock out, but were holding back because of June's more measured, mannered, style.

"The Bells of Rhymney" was introduced by John as a tribute to the recently departed Pete Seeger, the American socialist folk troubadour. I had not realised that he was the first to put the original poem to music; many cover versions followed. On the night I thought I heard the repeated line “Who Killed The Miners?”. June’s earlier domestic political musings put the idea into my head that this surely inserted lyric was intended to be as much about 1980s Britain as a Seeger-type reference to unscrupulous US profiteer mine-owners of yore. Or maybe both. 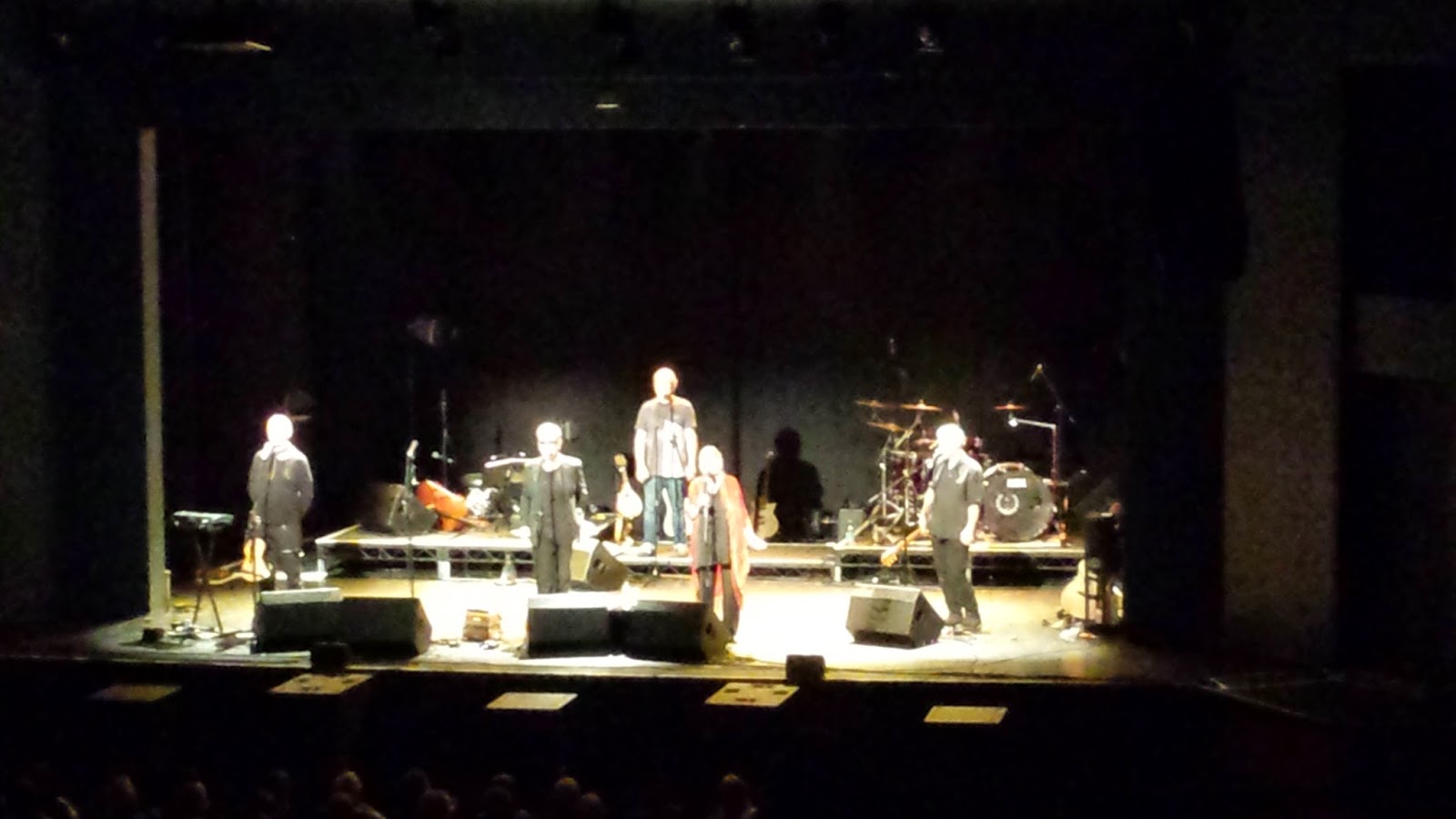 (A note of criticism of the venue, or perhaps the band’s roadies and lighting crew. For much of the performance those in the balcony were treated to a "White Light White Heat" experience of a less pleasing kind than the Velvets produced. A naked back stage white light was beamed straight into our eyes, although this had stopped before the end of the gig.)

June Tabor brought a subtlety, not to mention vocal dexterity, to proceedings. Her confidence as lead vocalist contrasted with John Jones’ sometimes awkward but endearingly unassuming stage manner. I was pleased though that on the night she was only performing under the auspices of The Oyster Band, as too much of her between song banter and sometimes over earnest solo performances can grate. But when she is good, she is darn good. Their combined take on Jefferson Airplane's 'White Rabbit' captured something of the original's power but without adding too much. By contrast her and the band's interpretation of Joy Division's "Love Will Tear Us Apart" was almost a different song altogether, but no less powerful for that.

She led the whole band on a sublime acappella version of what I assume is a traditional gospel number. “Morning Star Rising” was, more or less, the title of this the penultimate song of the gig, and was for me the best performance of the evening. Perhaps it is being of a certain age, but hearing such exquisitely performed, but ambiguous-sounding, lines as “your mother is in heaven”, “your father is in heaven” made me struggle to hold it together. 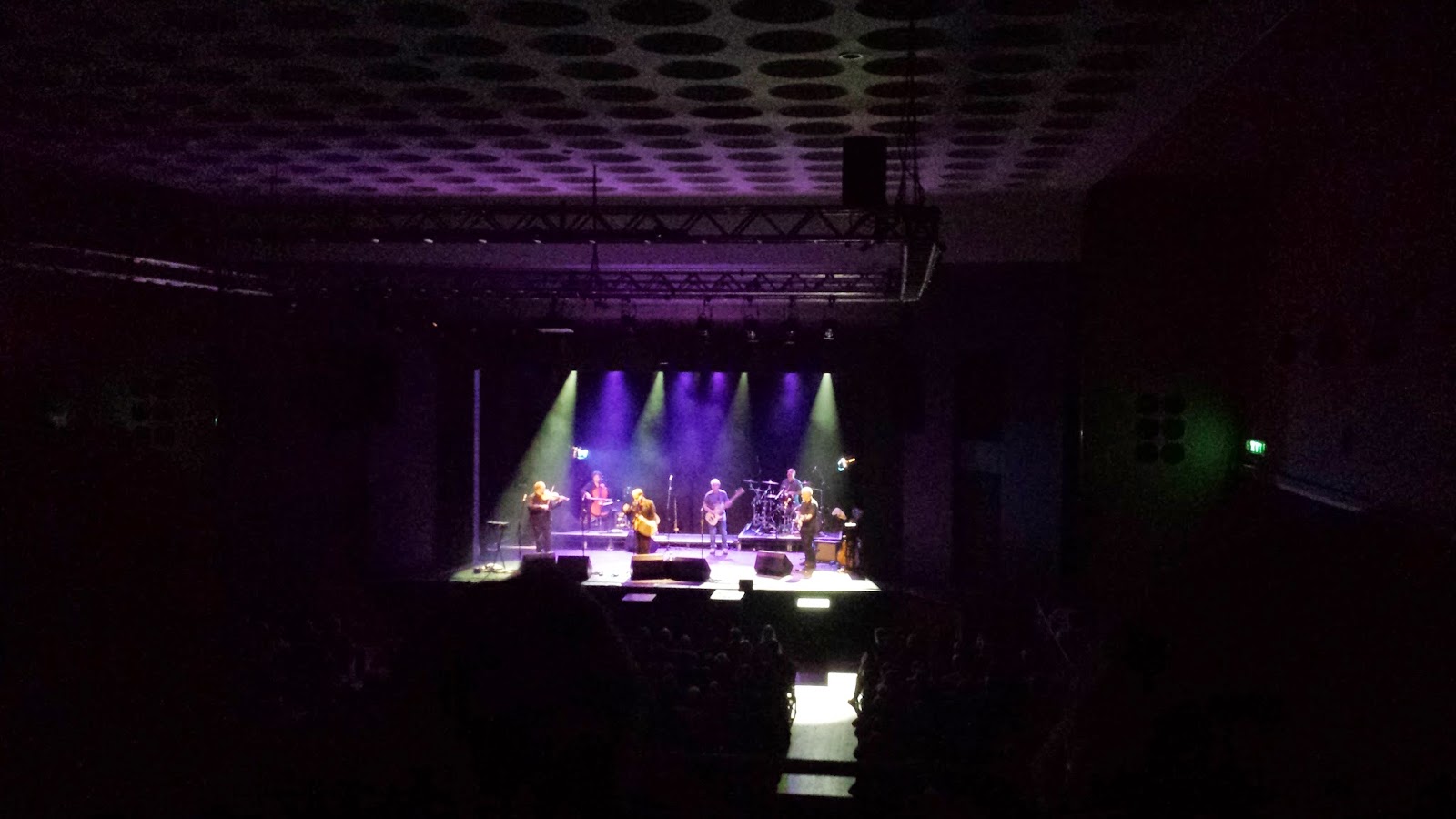 The band gave an ample outing of their new LP ‘Diamonds in The Water’, which if its studio version sounds as good as the many outtakes performed on the night, will be well worth checking out. The whole ensemble, plus the youthful and very earnest opener Sam Carter, were on stage for “Put Out The Lights”, the evening’s closer. This I think is an Oyster Band number; although it was firmly and pleasingly in Richard Thompson/Fairports/Fotheringey territory (and might in fact have been "Shoot Out The Lights", the Richard & Linda Thompson number). This was an excellent gig from some very on-form folk troopers. Long may they rock. 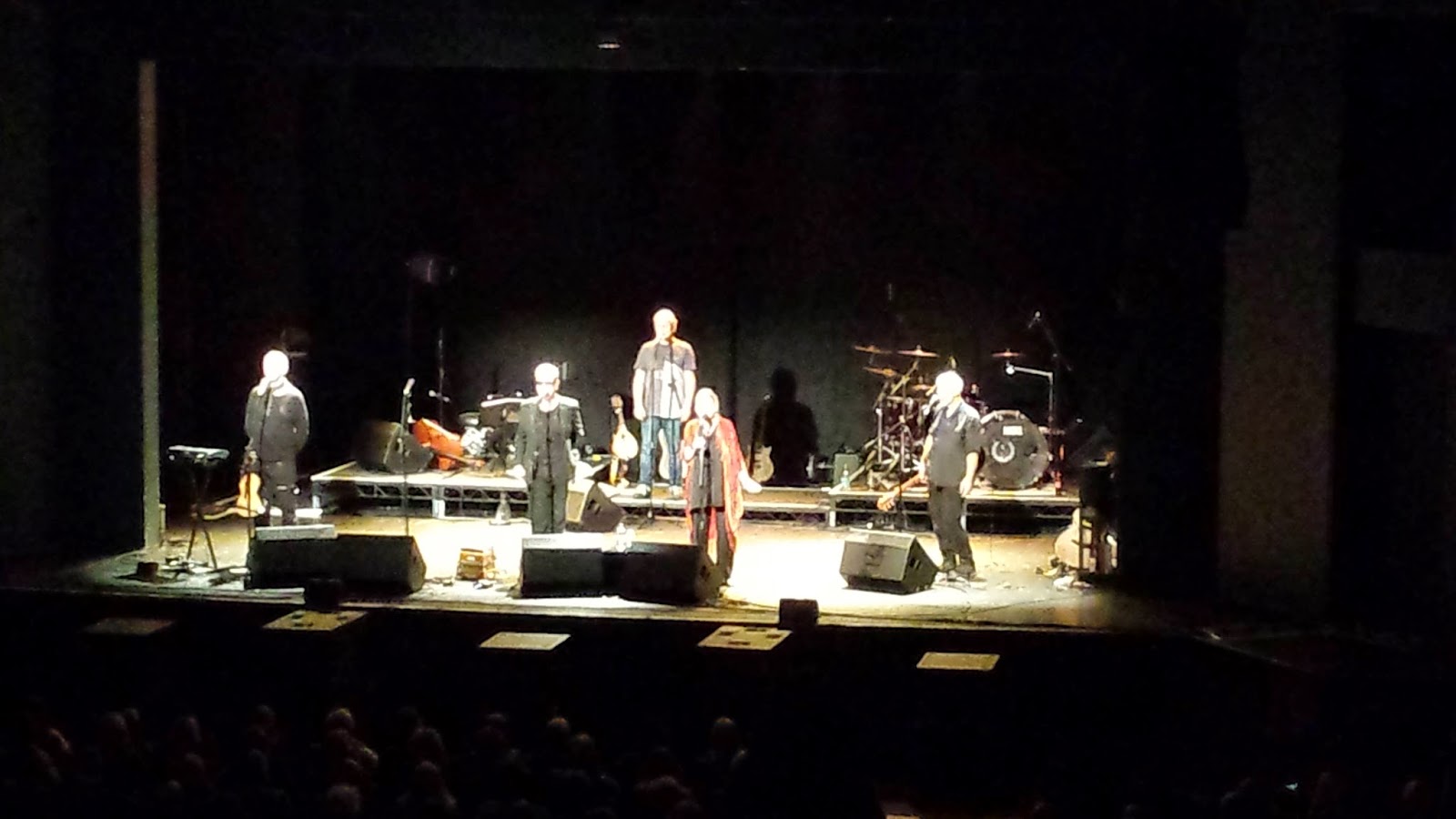 Posted by Neil Partrick at 7:44 PM

I've seen June Tabor and the Oysterband twice since Ragged Kingdom came out, and thoroughly enjoyed the show both times. Unfortunately, both shows pre-date my gig blog.

The Oysterband have been adding the "Who Killed the Minors" chant to "Bells of Rhymney" for years. Check out the version on "Trawler".

I'll check out your blog...and thanks for clarifying the song line! Your comment somehow made me think of a sticker on an old Derek and Clive LP of mine that says something like "on no account should this record be played to miners"....cheers N