Muscat's Matra marina - into and out of the blue 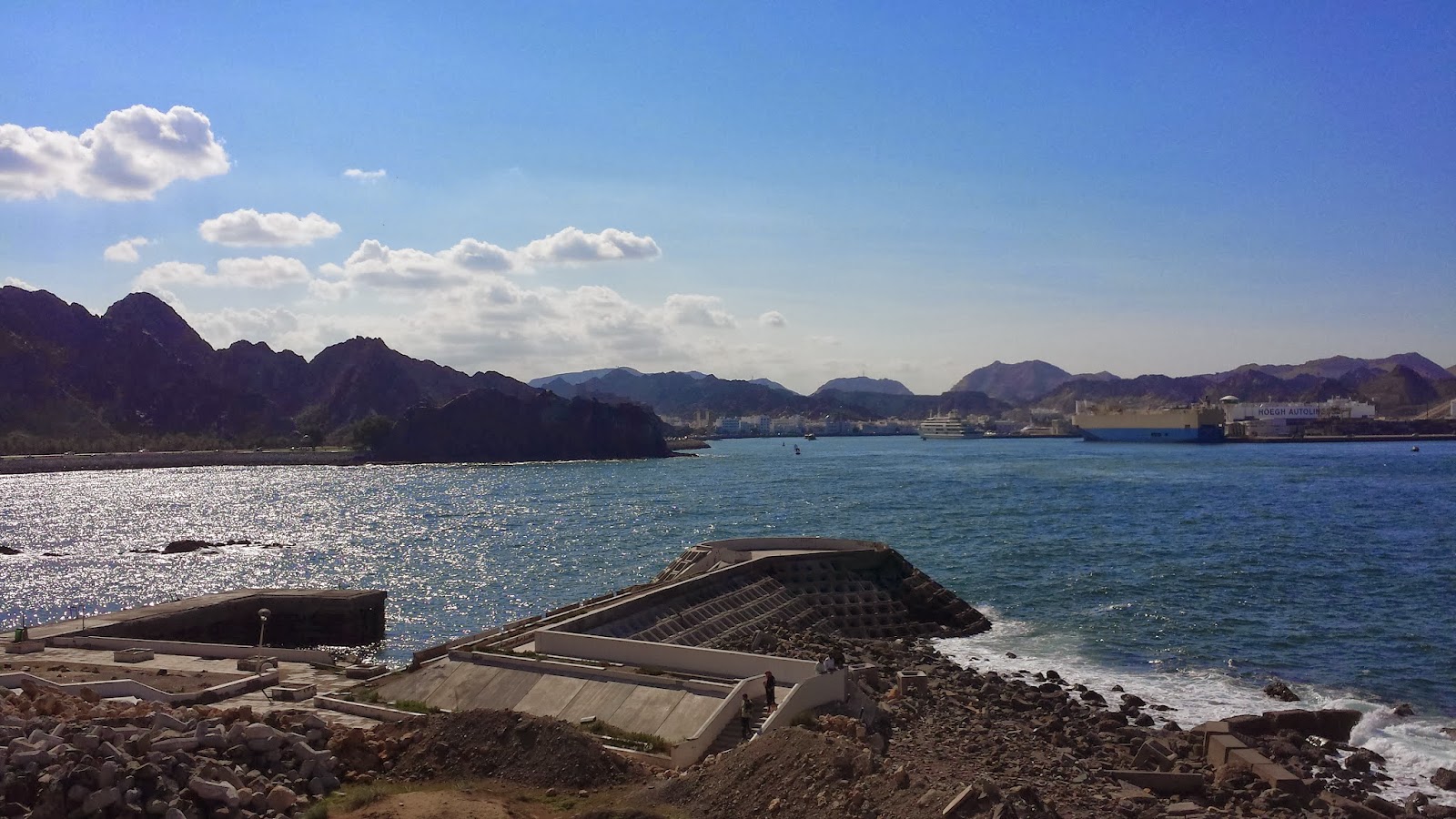 Matra, or Mutra, is a 20 minute drive from the centre of Muscat, Oman. Being there just for an afternoon made me feel like a tourist in the Middle East again for the first time since we spent New Year’s Eve 1999 in Tunis.

Bright blue sky in early February, like an imagined perfect European summer’s day. I strolled along the corniche, stopping periodically to drink in the view. The best part was climbing up coastal watchtowers, or just gazing, transcendent, into the milky white foam as the waves lapped at the shore. Behind me were the dark hills that dominate Muscat, reminiscent, in part, of the Northern Emirates, which used to be Oman anyway, but I have never seen a coastline like this in the Gulf. I mused on past ship journeys as a luxury cruise liner came into view. 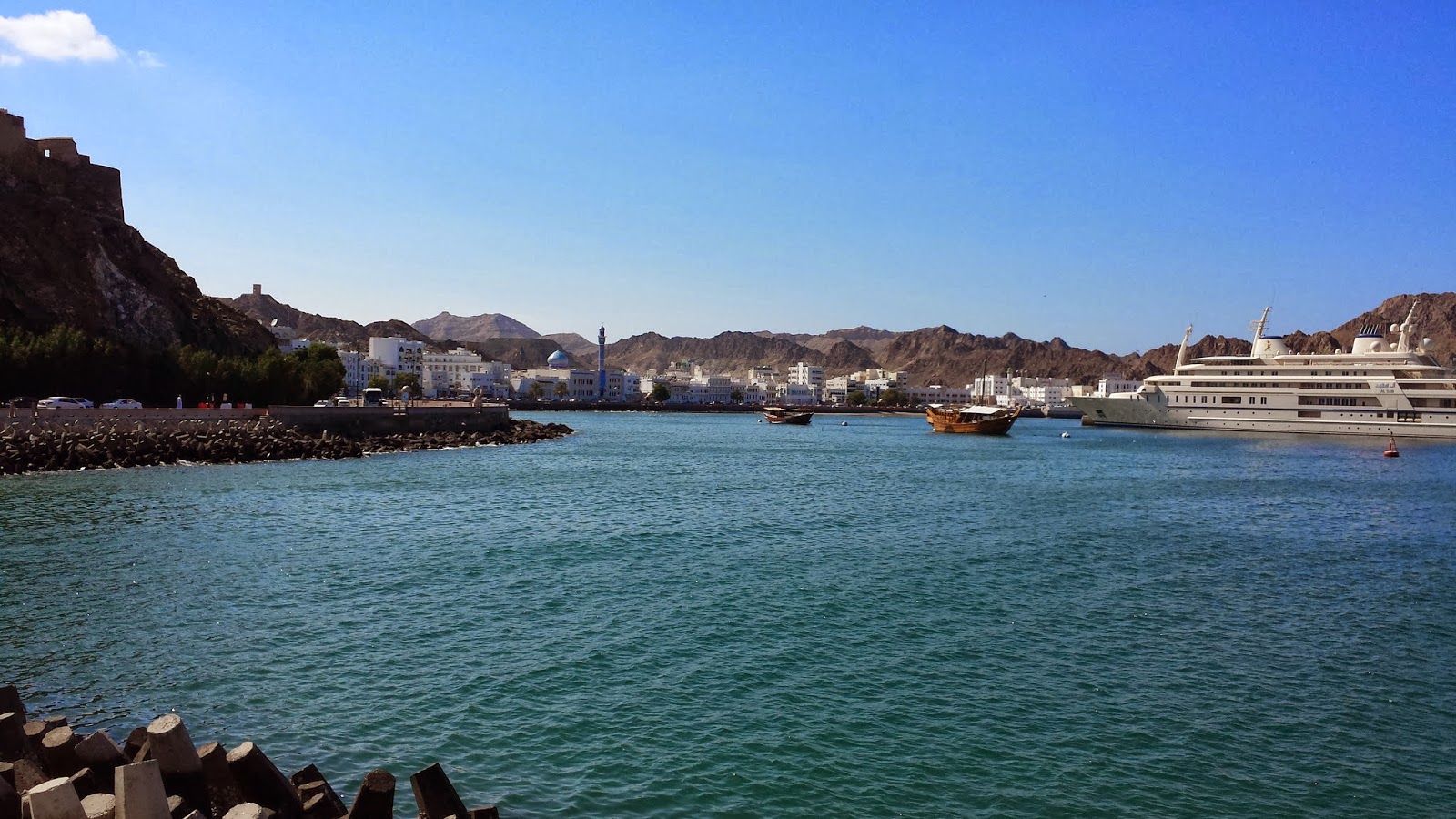 My first ever ship’s journey was more an open-top ferry, carrying me to the overly promised land. My first entry to the region was through the prism of Israel before I hitched to Syria, or at least, unbeknownst to me at the time, that Israeli occupied strip of Syria otherwise known as the Golan Heights. Bowie and Pat Metheny were performing their then current smash, “This is Not America”, on Israel Army Radio in the first vehicle I got into in Haifa. "Nir?" a woman I got chatting to hoped my name was. Her son’s name apparently. No, sorry, its Nee-illl. Oh, she said, disappointed that I was obviously just another goy boy, washed up on any Mediterranean shore that would serve me cheap booze and free love. I certainly went on to drink the kibbutz’ subsidised booze. 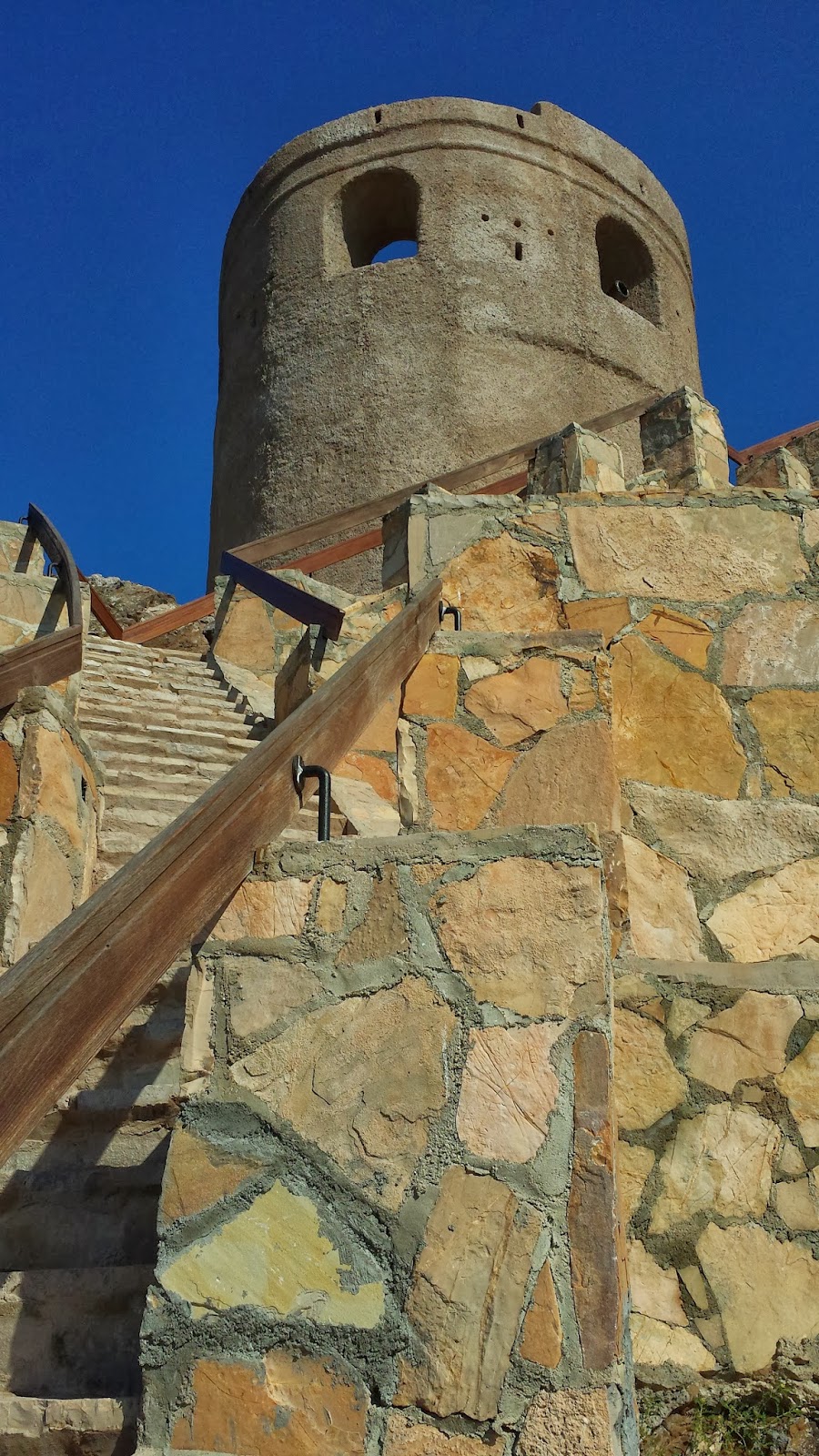 My mind blanked again, I wish it had stayed that way, just gazing at the white Omani foam, as the preoccupations of a research trip ebbed away and I felt able to experience the environment. Not the scribbling down of other people’s wisdom, or the aroma of hotel coffee, or the nervous plotting of taxi journeys, or the haggling over fares, or even, sometimes, the renegotiation of apparently agreed fares. Just experiencing; alone, but for the water and the rocks. 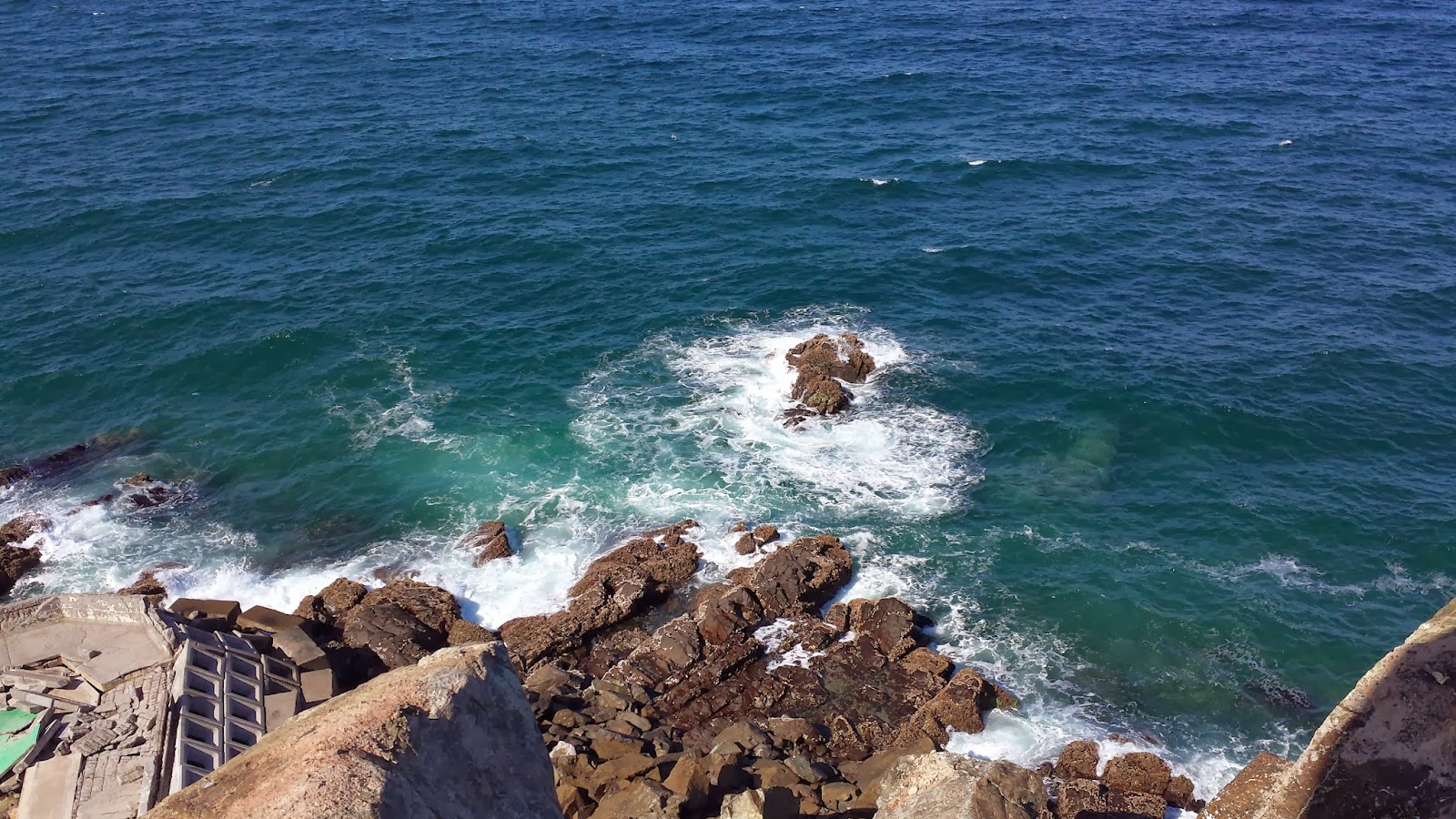 I didn’t want to walk back along the corniche because I knew that that mean the end of the escape. One crow, then several, perched themselves right next to me as I was looking out to sea. One eyed me cautiously, as I did I it. All I could think of was "The Omen" and other tales of the demon bird’s love of eye balls. Obviously a sought after delicacy in the avian world. I decided to meander a bit further long before turning back to town. What I had presumed from a distance to be stray cats playing ahead of me were in fact stray puppies. I had hoped to get among their "unclean" ambiance but they backed away, resentfully. 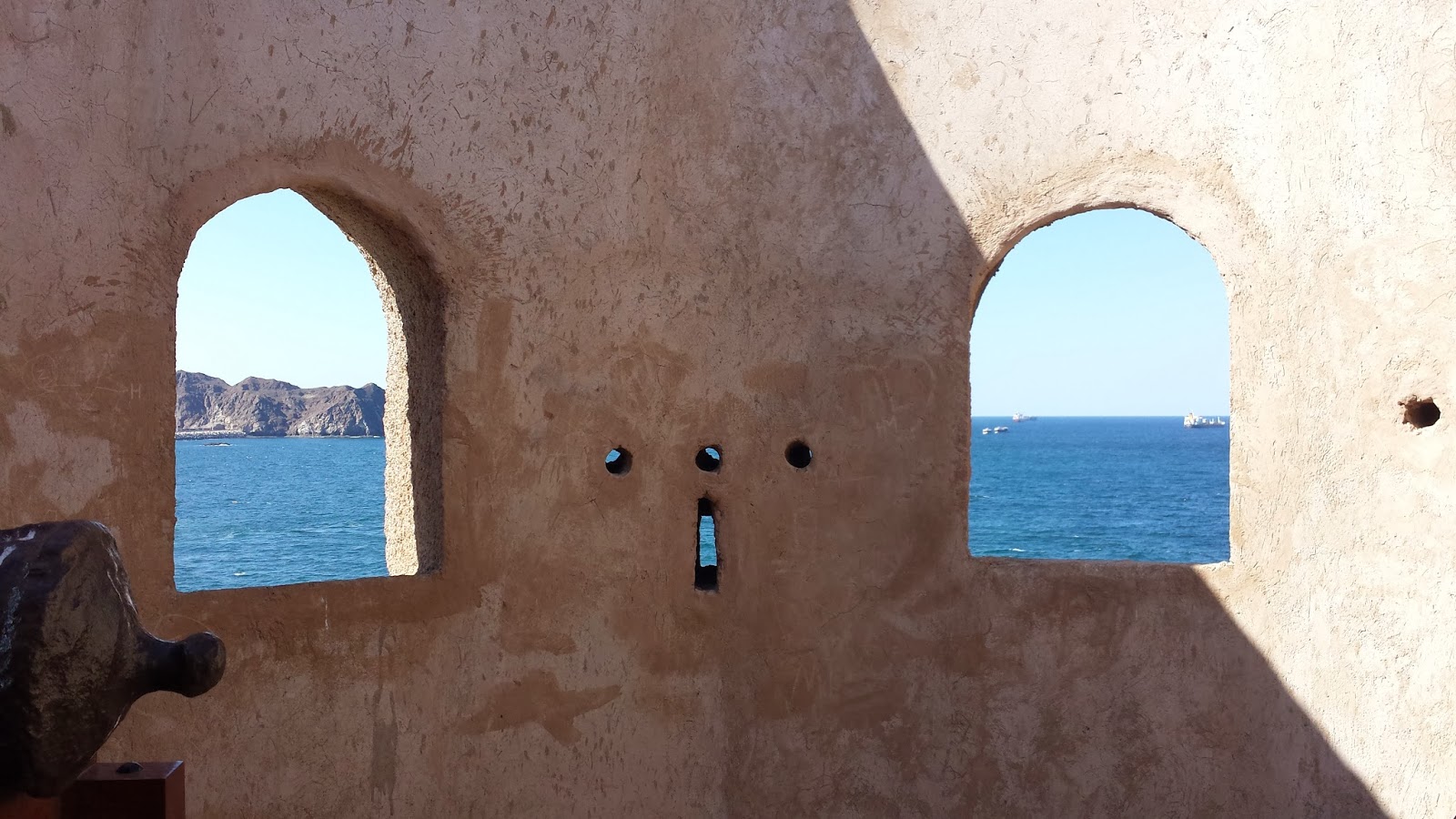 Back along the path into town I spotted some more of the dying butterflies I had seen earlier. I strange and depressing sight. I do not know what constitutes a butterfly season in Oman, but this one seemed over a little early to me. 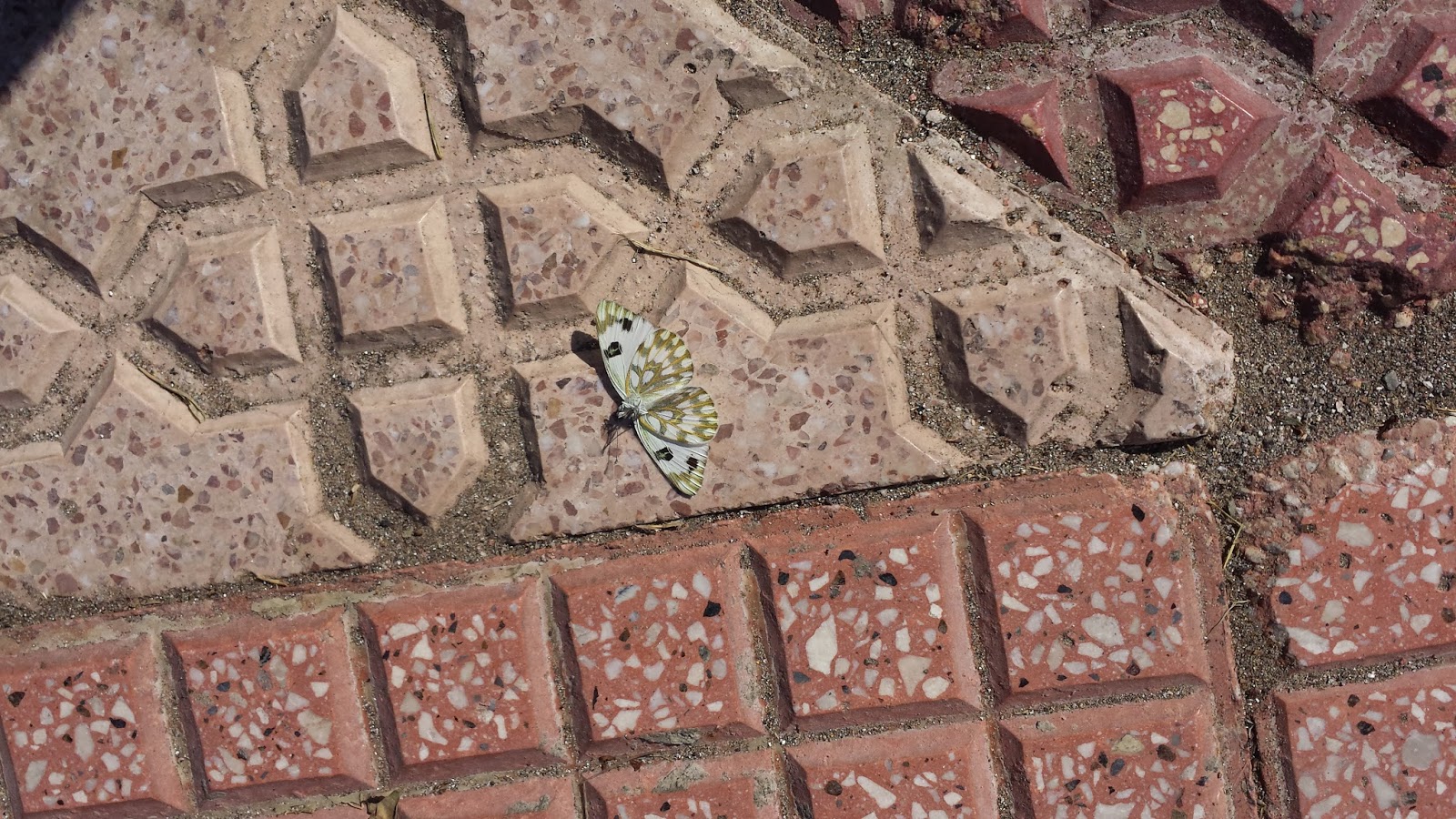 A busy day of meetings today after a night of fitful sleep, partly affected by car park revelers as the nightly disco here goes on to 3am. I asked for a room far away from the disco, so I shouldn’t complain. Maybe I should have been at the disco. I get the feeling it would largely be populated by Asian prostitutes, German tourists and the odd curious local. I have seen this movie before. Tomorrow it’s back to storm-damaged Blighty. A mixed bag to contemplate.
Posted by Neil Partrick at 6:14 PM

You should have gone to the disco... you might have got an Omani date... geddit???