The UAE highway to heaven and to hell

This time round, returning to the UAE, our former home, has been an emotional experience, redolent of both the torpor and the pleasure I felt when living here. My research-related meetings have mostly been very useful; and reacquainting myself with some familiar local faces has been very enjoyable. I have also made one key break with the past: I finally took to the road under my own steam. Viewing a fairly large swathe of the northern Emirates when you are driving is a wholly different experience to that of the usual visitor. Normally I bottle it when it comes to driving anywhere in the Gulf, having become inured but not insensitive to the hair-raising escapades of taxi drivers in this part of the world. Did I want really want these guys up my arse (as it were), lights-a-flashing? What is still heavily frowned upon in the UK is perfectly normal driving practice out here. In the end hiring a car became a test of my mettle.

A planned day in Al-Ain at the UAE University had in any case fallen through as a member of the academic staff there apparently decided that he no longer wished to see me but somehow could not summon up the good grace to tell me. Two emails, an attempted phone call and a text seeking to confirm our provisional arrangement brought exactly zero response. I sincerely hope that the next time he tries to arrange a meeting with someone in Britain that they go out of their way to show him the same level of respect.

However Al-Ain’s loss was eastern Sharjah and Fujeirah’s gain. After a while I entered the appropriately named "Wadi Helo", or rather it would be appropriate if the sign writer thought this place was called “Greetings Gorge”. 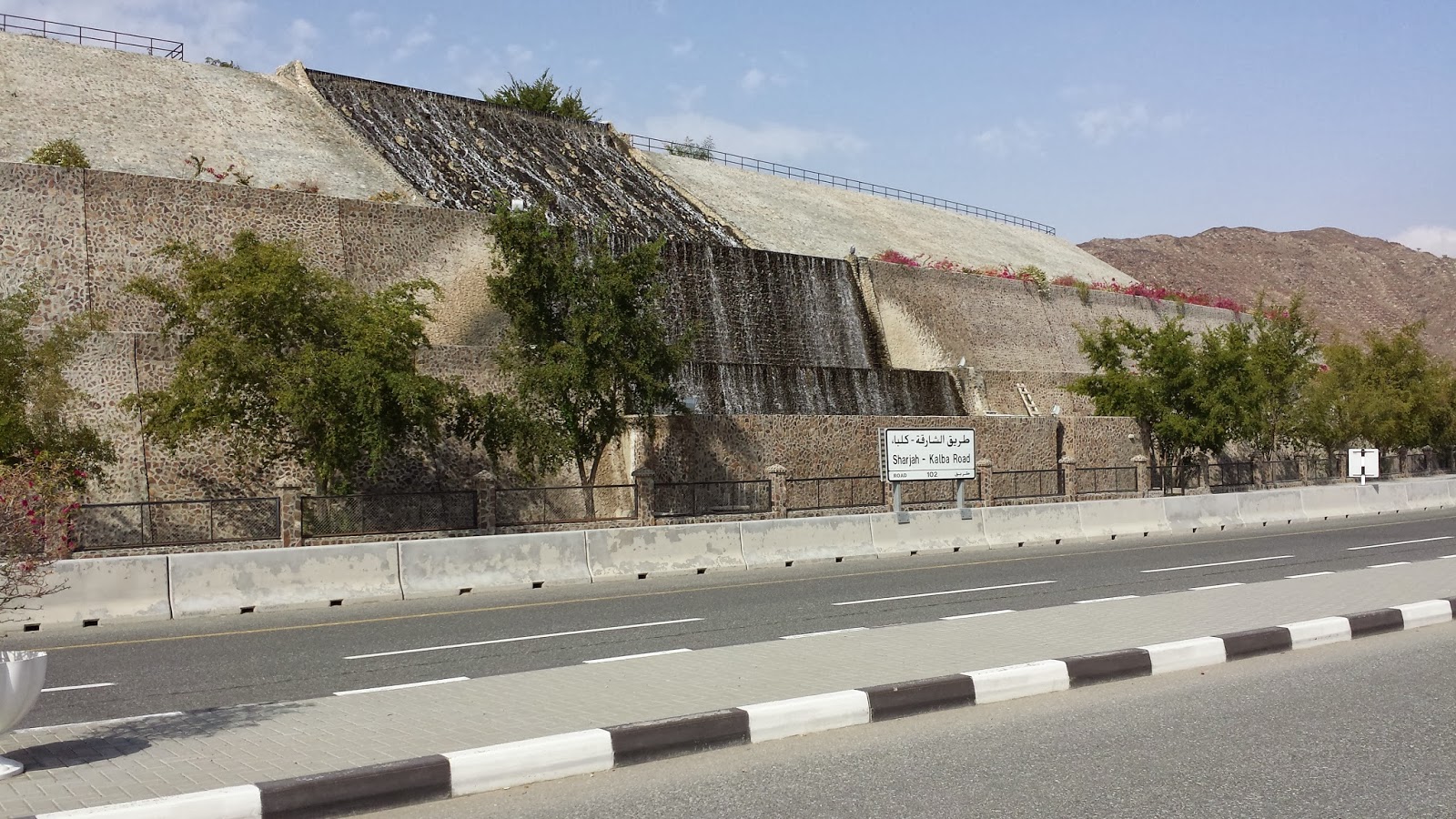 The Arabic actually, more or less, means “beautiful gorge” and beautiful it is. This place is a minor (almost) undiscovered gem on the Sharjah-Kalba road. It did lack the more obvious tourist-friendly feature of a café. In fact the only shop in a brand new building designed to house three units did not seem to be used to visitors of any kind.

Leaving the wadi I drove along incredible twisting roads and, literally, through dark, foreboding, mountains. Going through a tunnel I was reminded both of Dartford and of a transcendent scene from Tarkovsky’s film “Solaris”. From relative darkness and monotony, I emerged into a different world. The damp, shadowy rocks had been turned black by the storm-heavy clouds that in seconds had dominated the horizon. 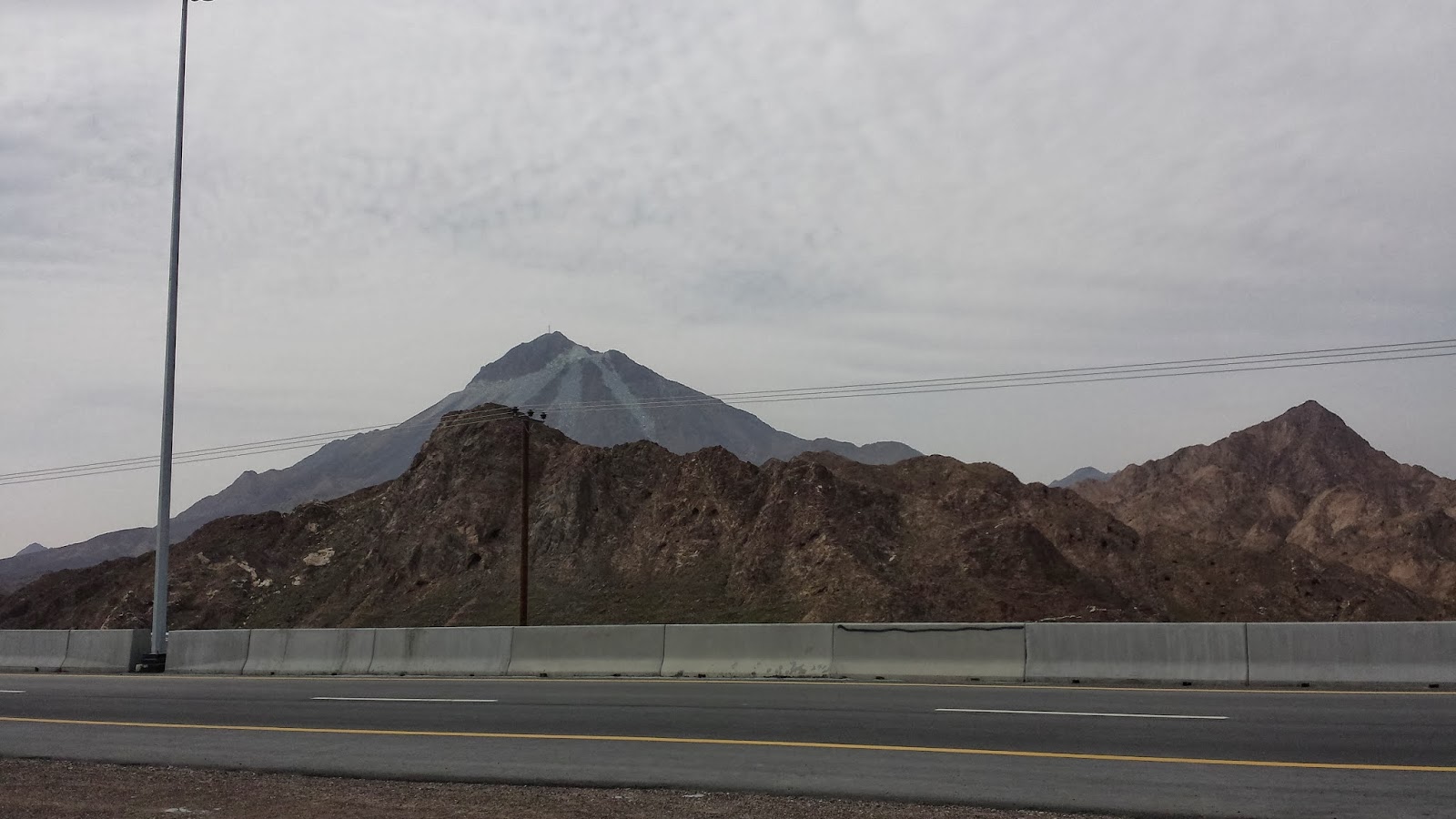 Soon I was in the emirate of Fujeirah, where one very early summer morning we had once hiked up the mountains. However I had always wanted to know that Fujeirah the city was like. I wasn’t disappointed. It really is as awful as I’d imagined, a bit like the less appealing parts of Sharjah proper. One central drag, and, on either side, one tacky-looking poor apology for a Dubai sky scraper after another. The corniche, while not long, is nice enough. It was there that I encountered two guys from the Damascus suburbs, one of whom had had trained in Fujeirah to be a pilot (civilian), but, as he reminded me, this modest emirate lacks an airline to go with its international airport.

On my way back into Dubai in the rush hour, the absurdly false sense of security I had begun to acquire about driving in the UAE hit me like a sledgehammer. This was the most adult driving experience I had ever had. Overtaken on all sides and having to take serious risks in a relatively small and slow car to get on to exits because people not only don’t let you in, but they accelerate toward you when you’re trying to get into their lane. Part of me really enjoyed the thrill of dodgems for grown ups, part of me assumed that my opting for only third party insurance (let alone no health insurance) had been a definite mistake.

The next day it was with considerable sadness that I left my friends and their beautiful beach-side villa in Dubai to get on the plane to Doha. Whilst this time not slumming it, as is my usual want, my middling but good value Mercure hotel in Musherib is conveniently located next to an enormous building site (of which there are many in a Qatar fast tracking diversification on the back of gas riches). A room with a view indeed. This was sunset as seen from my balcony on Wednesday evening. 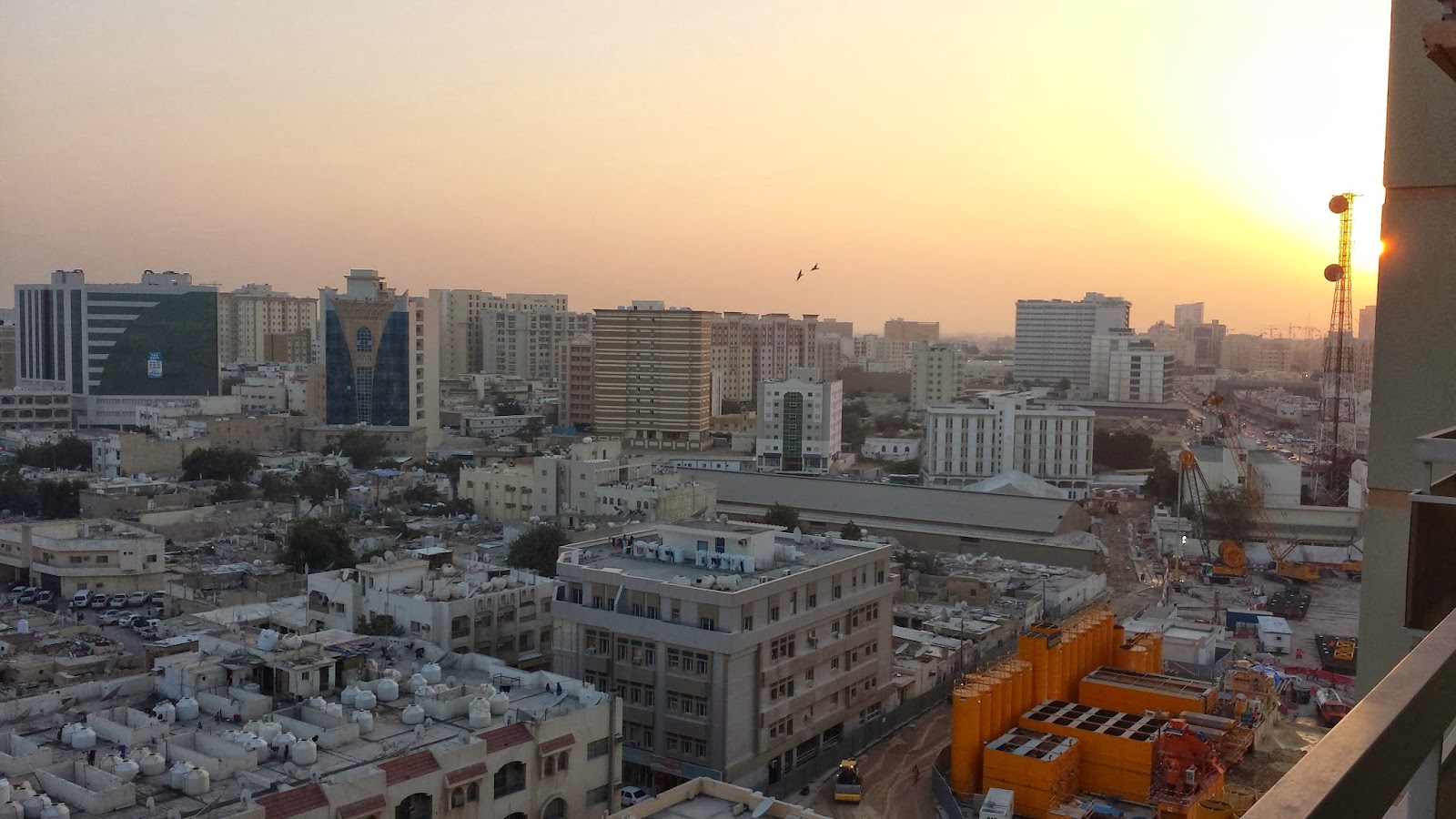 My meetings (the actual purpose of my visit) have been pretty thin here, in part as Qataris seem to have taken an informal (and out of character) vow of silence in the face of increasing intra-Gulf tensions over events in Egypt.

A visit to the branch of Georgetown University in Doha reminded me of a sight I had seen when teaching a few years back in Sharjah (see picture below). It seem as if Israeli penetration of the Gulf states really is as deep as some of their Arab detractors claim. 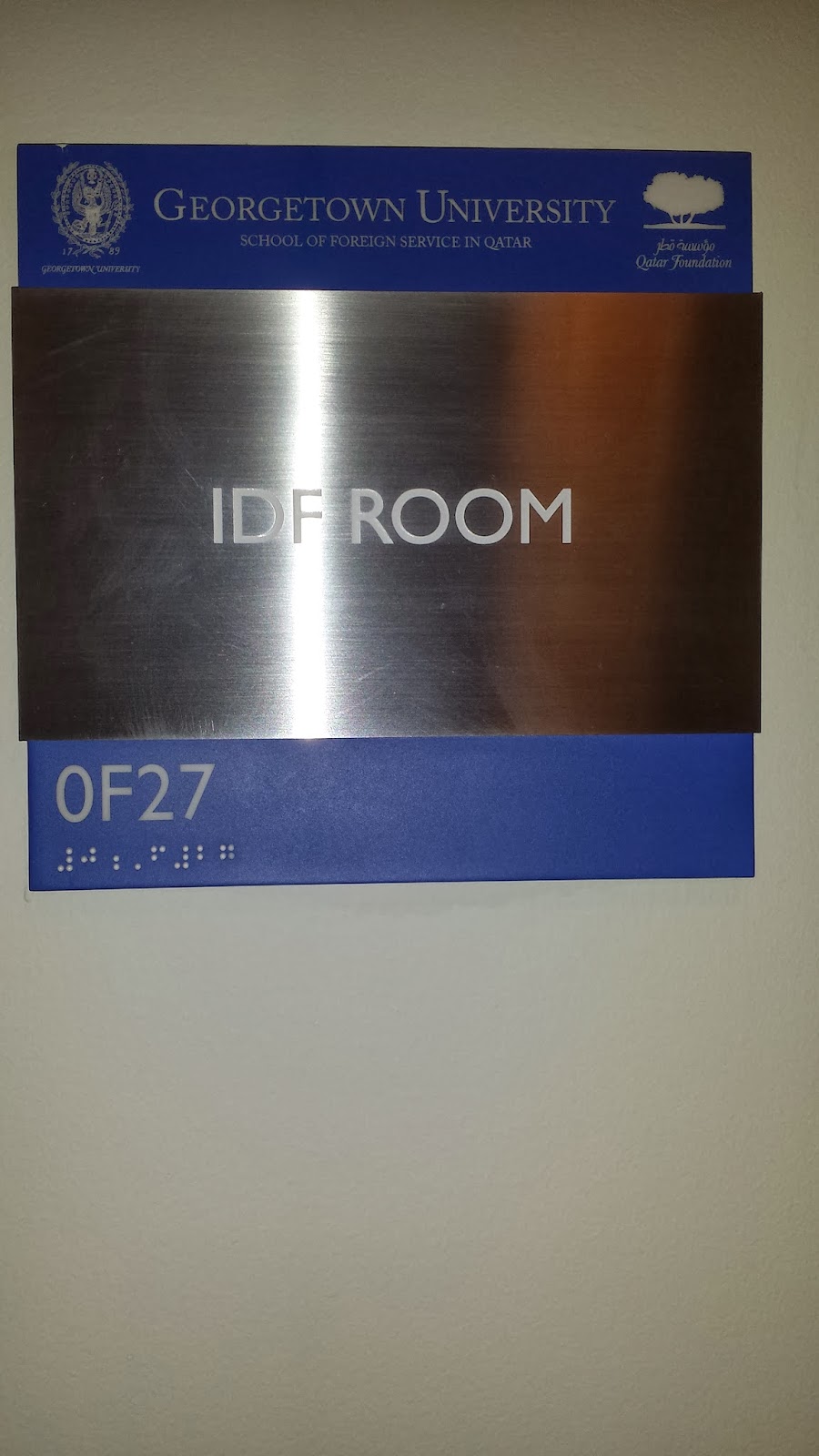 It sounds exciting and horrendous at the same time! I wish I had been as adventurous as you when I was young enough to enjoy it. Very interesting to read - and well done!

Thanks Jean. It's great to get a response to anything I put on the blog. Normally very hard to get anybody to respond at all. Much appreciated.