Les Johnson and Me Live at Leytonstone What's Cookin'

“Les” is a 54 year old sharp-dressed crooner, pencil thin with dark baritone voice. Highly personable, he told me after the gig that he has been doing this for 7 years; he started when he was 47. His day job, he says, is running a Glaswegian charity. He and his band are a treasure. Check out the wonderfully named “Hitting the Small Time Big” via the band’s website. Listening to it again I get the Jim Reeves comparison that his website invites you to make. Especially if you imagine a previously unreleased Jim Reeves' track on a soundtrack to a Quentin Tarentino film not yet made. “Break My Heart”, also available to listen to, made me cry on hearing it again. 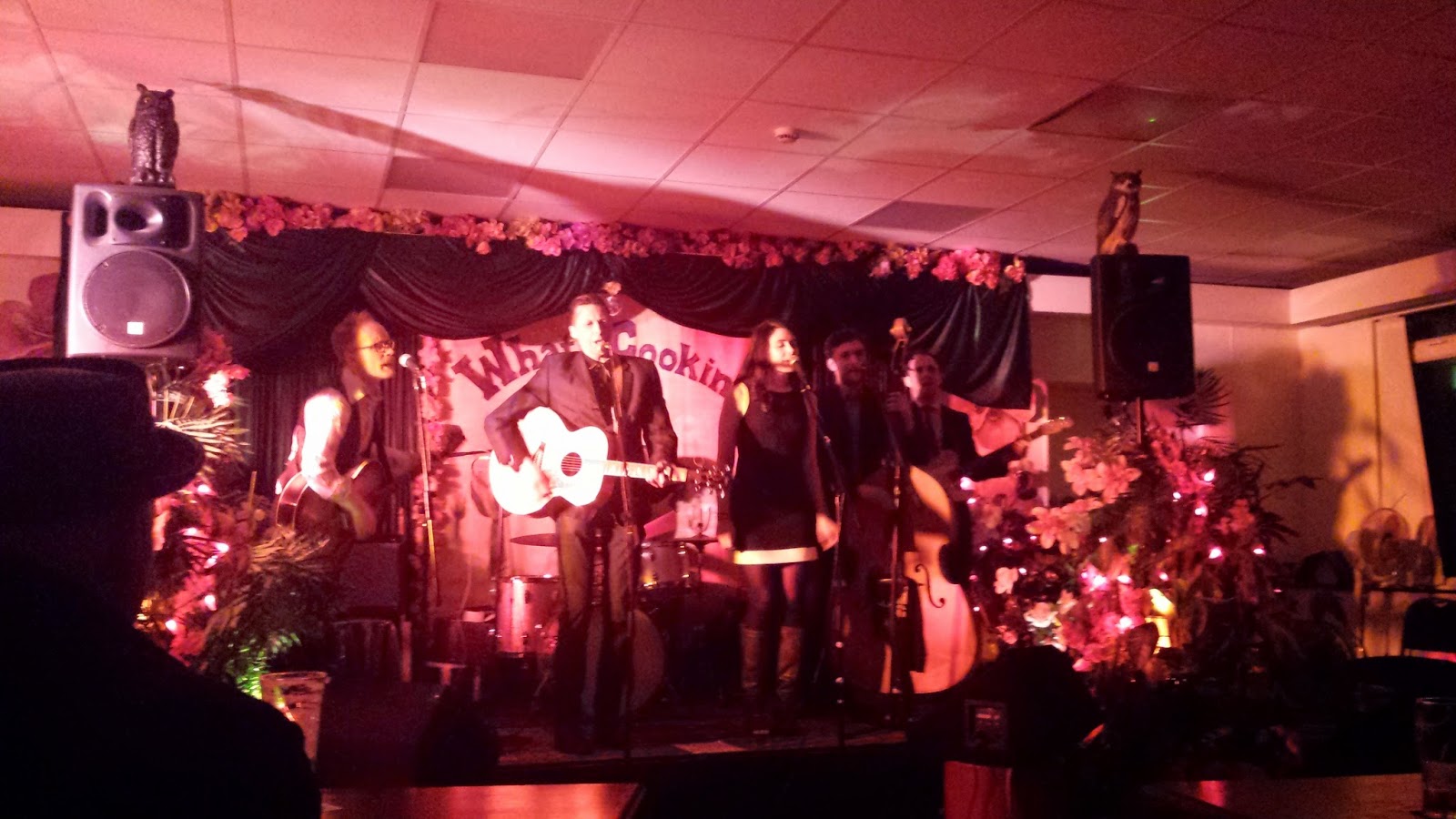 On the night “Les” (he did tell me his real name, but I had one too many Guinesses that evening) performed all his own songs with one exception, a totally unexpected cover of “Senor”. This was possibly the least successful performance of his set, but it still thrilled. It’s taken from what Les rightly described as a much underrated Dylan album, “Street Legal”.

Les’ band are, as I understand it, essentially the Shiverin’ Sheiks (also on Holy Smokes Records), who are more or less the same things as The Strange Blue Dreams…I think. Of particular note was the southern-fried lead guitar player, and the double bassist. Les and the young female backing singer dropped out after the interval; the rhythm guitarist took over vocal duties, a mandolin player was added, and The Strange Blue Dreams were born. 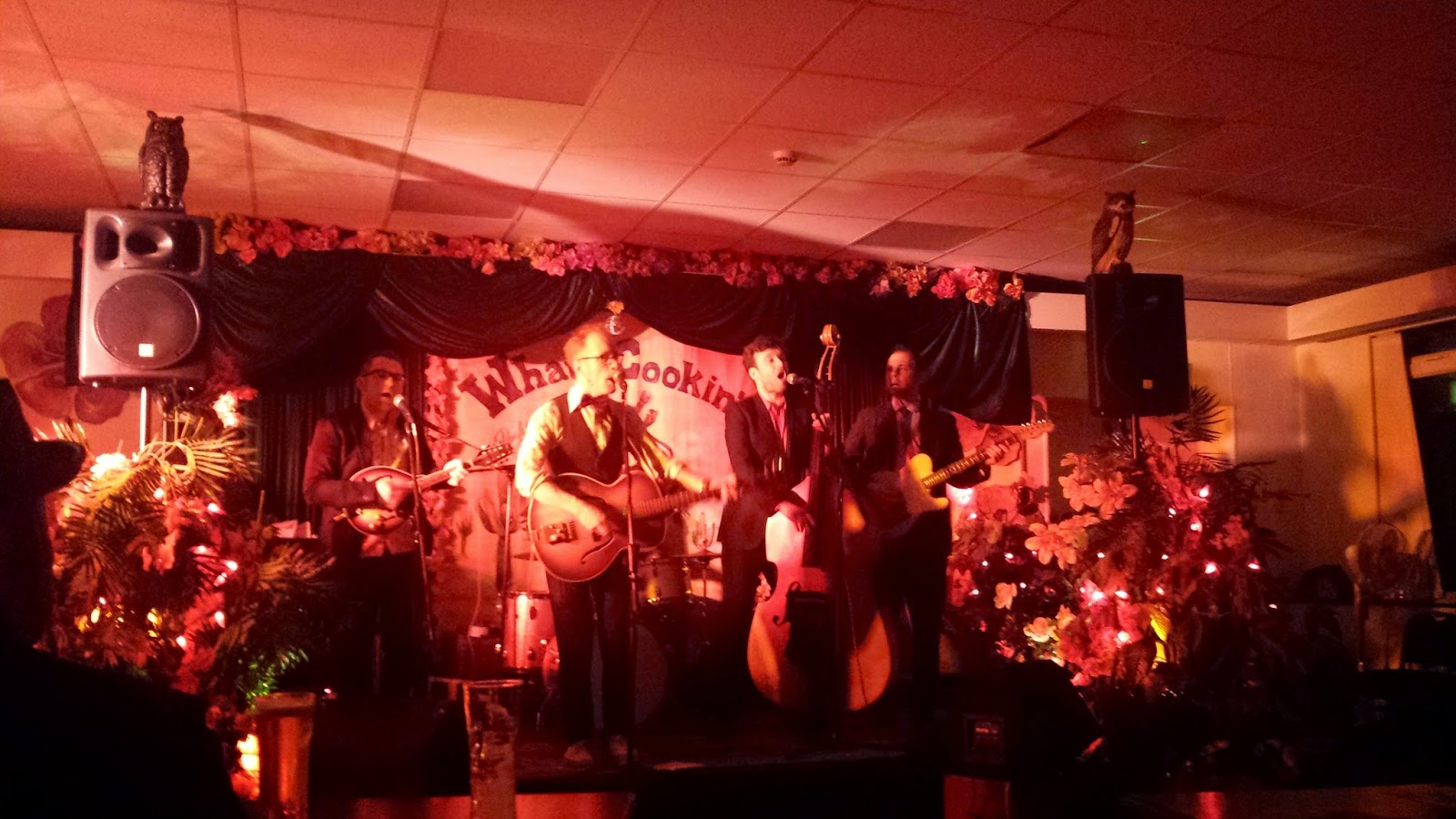 The Dreams had a more mannered take on their shared musical roots, slicker in a sense, but somehow less effecting. The singer is a talented guy, but he could not quite command the same amount of attention. Perhaps it’s an age thing, i.e. mine and many members of the audience. You’d probably be more likely to dance to the Dreams and more likely to weep into your beer to Les. As I get older it’s the weepers that get me.

John Martyn’s “Spencer the Rover” (Live at the Brewery Arts Club version); Shirley Bassey’s cover of “And I Love Her So” (from Live at Carnegie Hall) and Judy Garland’s version of “Smile” (as performed on the Ed Sullivan show) are right up there. Not that there’s anything wrong with dancing. When the Dreams were on stage, Les and his backing singer pulled some fancy moves, as did a lady from the audience who, sadly, was the only actual punter to tread the boards on this occasion.

Stephen and Ali Ferguson continue to present roots musical gems. I sure as hell wish I’d bought Les’ latest CD, “15 Hands”, on the night, but even better would be for Stephen to get someone to record some of these performances for a What’s Cookin’ “Live in Leytonstone” CD. He could have a classic in the making.